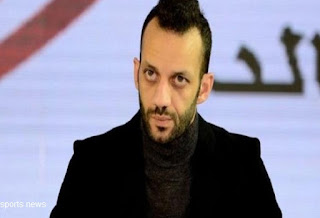 The head of the Tigris Valley, Majid Sami, announced that negotiations with Zamalek in the form of Abdel-Aati had stalled last summer due to a financial dispute.

"Wadi Degla has offered his players in order to sign them, we are not negotiating with any player from the Tigris at the moment," Amir Murtada told the evening program.

"As far as Abdelati is concerned, there have already been negotiations, but things have not happened because of the money."

"Wadi Degla asked for 50 million pounds to leave the player, Zamalek offer was one million dollars, they rejected the offer and therefore negotiations were not done," he said.

"Of course we have a crisis in the midfield, but in the end we can only look for alternatives available in the team, and this is what Micho is doing right now."

"Meizhou has also stepped up a number of young players in the hope that they will be with us in the future," he said.

"In January we also have one player on the African list, so we will see what can happen," he concluded.