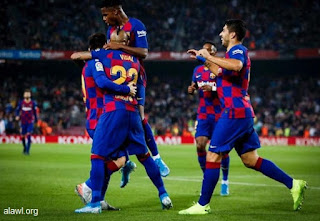 Morning Europe is a daily morning report that monitors visitors to our site the most prominent headlines that came in the major European newspapers whether German, English, Italian, Spanish or French.

English Press
Daily Mail
Paris is not suitable for Neymar
Paris Saint-Germain is a great club, but not at the level of Neymar, the Brazilian legend Rivaldo has confirmed.

Rivaldo advised his compatriot to play in a better and stronger league than Ligue 1, because his quality is higher than that.

Don't believe it!
Jonathan Barnett has sent Gareth Bale a letter to everyone about the unbelieving rumors of his departure from Real Madrid.

Barnett confirmed that Bill was happy in Madrid and that there was no truth about what was being said about his intention to leave because he did not feel comfortable in Madrid.

The Sun
Bayern target Tottenham coach
Bayern Munich are aiming to sign Tottenham Hotspur coach Pochettino after the end of the season.

The Bavarian giants are looking for a replacement for their coach Nico Kovac, who is in danger of leaving his club.

Mirror
Cazorla reveals a moment of remorse
Santi Casola praised the former Arsenal fans and assured them of incredible support during his career and injury periods.

But Cazorla revealed his moments of remorse after leaving for not giving the proper farewell the masses deserve.

Spanish Press
Marka
Vidal volcano
Barcelona's victory over Valladolid on Tuesday revealed the importance of Artur Vidal at Barcelona, ​​although he rarely plays mainly in the team's games this season.

Vidal's level came as a volcano that could have an impact on the pitch if he were to participate, or outside if he continued out of the picture.

Ace
Casemiro the imaginary striker
Brazil and Real Madrid midfielder Casemiro has played an important offensive this season, both with his country and with the club.

Only Real Madrid striker Karim Benzema was outperformed by Real Madrid's Casemiro, who equaled five goals with Gareth Bale, surpassing all the attacking elements of the Royal team.

Luis Suarez has scored 10 goals against Real Betis and Ibar, the most conceding goal from the Uruguayan striker, while Malaga is the toughest goal after scoring in six games.

Pastori said he wanted to return to Argentina's Talleres, but was aware: "I will do it in time, I will go to fight, I can still do it."

He explained that he was discussing that idea with his Italian wife, and thinking about his children, their surroundings and their schools, which holds him a great responsibility.

Toto Sport
Long term contract for VERATI
Paris Saint-Germain midfielder Marco Verratti has extended a long-term contract until 2024, cutting the door for his departure to Juventus.

He has won all the titles with Paris except for the Champions League, where he played 290 games and scored nine goals.

German Press
Der Spiegel
New corruption suspicions against Beckenbauer
The newspaper claimed that the voice of former German legend Franz Beckenbauer within the Executive Office of FIFA (FIFA) for the selection of the host of the 2018 World Cup, has been offered to Russia for 3 million euros, in addition to another 1.5 million if selected.

The magazine said the offer was made by a Beckenbauer adviser, Fritz Radman, referring to some personal e-mails posted on Russia's The Insider.

The magazine said in its report that a member of the committee promoting the Russian file revealed the existence of suspicion of a change in the position of Beckenbauer after a series of "contacts."

Bild
A new position for the former Bayern Munich star
Bayern Munich president Uli Hoeness wants to sign Hassan Salihamidzic, Bayern's sporting director, on the board four days before the end of his term.

According to Sport Bell magazine, the club's advisory board may announce the move on November 11.

Huynes is one of the most vocal supporters of Hamidic, whose current contract as club director continues until June 30, 2020.

The trial of a former world boxing champion

Storm, a former world champion in the mid- and mid-super categories, has been in custody since April 5 after being charged with tax evasion of more than $ 6 million.

French Press
France Football
Stealing and threatening with weapons
Former Italian player Claudio Marchisio was robbed and threatened with weapons at his home on the outskirts of Turin by four thieves who fled after looting money, jewelry and watches.

Marchisio, who retired from football in May, was with his emotional companion when he was threatened by robbers, local media reported.

The four thieves entered the home of Marchisio and after the robbery they fled in a car waiting outside.

To Cape
Cristiano "King" Social Media
The French newspaper reported that Cristiano Ronaldo is the "king" of the various social networking sites "Facebook" and "Instagram".