Ikrami: We are working not to repeat last season .. I am not an employee but I will not sacrifice Ahli 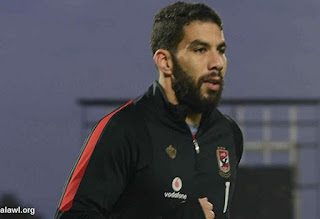 Al-Ahly goalkeeper Sherif Ekrami confirmed that his team is working not to repeat last season and achieve better results and tournaments than achieved.

"I hope to continue this performance until the end of the season, because our goal is to make up for what happened last season," Ekrami told On Sport.

Al-Ahly lost both the Egyptian Cup and the African Champions League last season, but won the league and the Super League.

Ikrami added: "We set ourselves a goal not to repeat last season, and this is a commitment to ourselves and also to the fans of Al-Ahli."

"Any player has the right to look at the offers made to him," he said. "But it is always more likely for me to play, and it is impossible to sacrifice the club I grew up to participate in."