On his 65th birthday .. Khatib is loved by his mother, who received her credit at the stadium 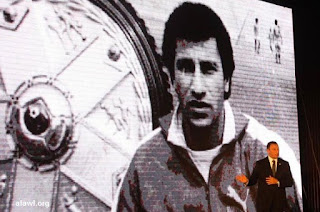 4 words from the father of Mahmoud Khatib made the young man who completed his twentieth year to shut up and does not find what he says.

Mahmoud al-Khatib, the 20-year-old, told him Abdu Saleh al-Wahsh and his teammate Zizo about the news of his mother's death to prepare a dowry in the street where he did not know where to go even faster behind his colleagues in their car and went to the Italian hospital to find that his mother's body returned to his home in the Ain Shams area.

"The first thing I heard the news in Bali was the word of my father, Balash, the process of Yammoud said," Htmut, "but the twenty-year-old wanted to say goodbye to his mother and entered the room;

One day, Khatib was returning home from his father's home in Ain Shams; his mother used to stand in the kitchen to prepare food for him, even though there were older sisters who could do it instead of their 10-brother brother.

“She was in pain and she was eating and then she went into her towel and was bitten in a towel from the ache.” Al-Khatib could not afford to see his mother in this case and decided to present her to a doctor. 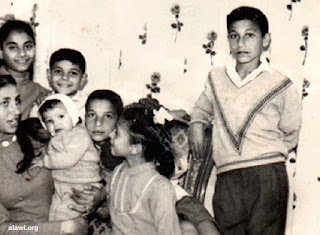 In fact, Mahmoud asked his father about this and he agreed and the trio went to the doctor, where he told them the need to undergo an operation in the liver:

But the doctor told Mahmoud that things have evolved and he has to reassure the process that she underwent over the past 12 years, so do not worry.

Things passed naturally and Khatib's mother returned home and is in good health: "She was a skylight today and it was very beautiful and I was hilarious and sat down to talk until 12 or 1 after I started exercise.

Al-Khatib was preparing for an important match waiting for his team Al-Ahly and his arsenal in the league championship, where the first wants to achieve a positive result to get closer to the top of the championship.

Twenty-year-old went to the Tach; where their training in preparation for the arsenal, but in the middle of the training, his servant Saleh asked the beast and Zizo and sat with him in the dressing room to tell him the news of his mother's death.

Mahmoud continued to feel remorse; for he suggested that his mother undergo the operation: "I preferred the phrase Baba Balash Yammoud operation in Bali, I stayed at one of the owners."

But his father did not allow the infiltration of guilt to his heart and mind; where he went to his friend's house: "Qali ages in the hands of God and the audience of Ahli and the club to the right I go to play the match arsenal is the need that can rejoice and get them out of sorrows."

Al-Khatib went to satisfy his father and believed that this could contribute to the delight of his family, but it was not the "Bebo" used by the public; he did not score and the match ended in a goalless draw:

But that did not affect his relationship with the crowd who filled the stadium at the time and changed the pace of cheers "Bebo .. Bebo" enthusiastic to a less severe: "I felt that the 60 or 80 thousand in the stadium sold me in my mother."

It was not only the audience, but everyone who was at the stadium at the time was greeting the young twentieth condolences on the death of his mother, which made him excited to meet but could not concentrate in the full picture, until his father met him after the game: One is angry but ages are in God's hands. "