The arrival of Ahli mission to the UAE 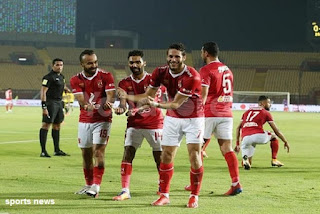 Al-Ahly's football team arrived in the UAE to set up a camp in Dubai during the break of the Egyptian league.

Previously, Sayed Abdel-Hafiz, director of football at Al-Ahly, announced that the team will play two phases during the preparation period, the first will be external and the second will be in Egypt.

Ahli is preparing during the period of stoppage of the league competition, which is witnessing the start of the group stage of the African Champions League to prepare for the first match against Etoile Sahel.

It is worth mentioning that Al-Ahli will open its African career on 29 November next to face the coastal star at Rades Stadium.