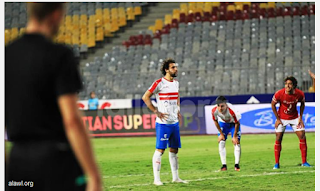 Amir Murtaza said in remarks through the screen "evening of lights": "We refused last summer to sell Mahmoud Alaa because there are no alternatives available at this time besides the pressure of games."

He continued: "It is true that the fans want to keep the stars of the team, but they must also realize that we do not want to leave."

`` The players receive attractive offers, which makes us think of selling them because we are unable to equal financially with these offers, and this is what Bayern Munich did with Colombian star James Rodriguez when he refused to activate the purchase clause from Real Madrid because of his big salary. ''

He concluded: "It is not necessary to improve the salaries of the player's contracts every period, Mahmoud Alaa, for example, Zamalek came as a star unlike Mohamed Abdel Ghani, who needs to amend his contract because he comes from a second-class team."