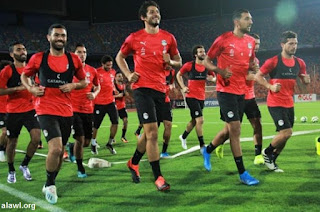 Officially confirmed, Egypt will play a friendly match against Liberia at the stadium of the Army Stadium in Borg El Arab in Alexandria, in preparation for meeting Kenya and Comoros in the African qualifiers

Egypt are preparing to meet Kenya and the Comoros on November 14 and 18 in the first and second round of the African 2021 qualifiers in Cameroon.

"The Egyptian Football Association has reached a final agreement for Egypt to play a friendly match against Liberia," team manager Mohamed Barakat said in official statements.

"The match will be played on November 7th at the stadium of El Guish Stadium in Borg El Arab in Alexandria."

"The coaching staff is hoping to reassure and equip the local elements he has chosen recently."

"Liberia are available for us as we play the game off the international agenda, and all the other clubs are busy preparing for the African qualifiers."

Egyptian coach Hossam El-Badri announced an initial list of 32 to prepare for the November camp ahead of Kenya and the Comoros.