Farouk Jaafar speaks in the Joule about Khatib on his birthday .. And the fact that the differences between them 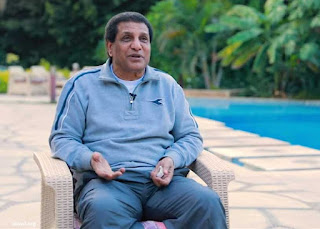 "Problems? Any problems? Mahmoud El Khatib is 10 years old," commented Farouk Gaafar, the icon of Zamalek on what has been raised in recent years about his differences with Bebo, the current president of Al-Ahly.

Farouk Jafar has previously led Egypt's team, while Bebo has been the team manager.

Numerous rumors were raised about the many differences between them during that period.

"Al-Khatib is one school companion and one dormitory, and our relationship is strong and a family relationship as well," he said.

"I told him who is better than the preacher I am looking for? A respectable man, a summit in literature, respect and ten years of age.

"The disagreements, if any, were not personal, as some people imagine, but in some opinions, which never had any impact on our relationship."

"Khatib has never interfered in my work," he said.

"Despite all that being said, we are still in contact and he is a wonderful person and we are from one football generation and there are no differences between us."