Hafiz: I respect the view of Badri .. I miss Trezeguet 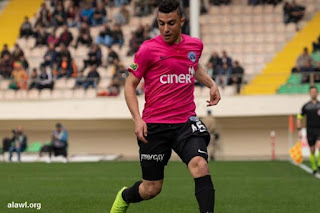 Hafez said in private statements that he appreciates the work of Hossam Badri and his choices, pointing out that he is doing his part with his team.

He explained that he is offering good levels with the team Kassem Pasha testimony everyone and was more than once in the formation of the week and month of the Turkish league.

He pointed out that although he is not present in the ranks of Egypt, he is ready at any time to represent his country.

Regarding his brilliance and continued presence as a regular with the Turkish team, Hafez commented: "This season is different from last season, it is not easy to integrate here quickly, so I worked hard in my training, whether team with him or training alone in the gym until he became fit and always ready to participate. ".

He continued: "Very pleased with the improvement of the results of the team in recent games, we did not start well at the beginning of the league."

"We lost a player the size of Mahmoud Trezeguet after his move to the Premier League, but over time we are getting better and better, which was later reflected in the team's results."