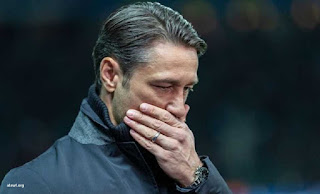 Like others, Nico Kovac believes Liverpool are the best team in Europe right now, and if Bayern Munich fans aspire to keep up with the English club, the Croatian does not see this as possible.

Kovac believes that there is a clear difference between the players of the two teams, the list of coach Juergen Klopp can go quickly no one can reach.

"What Liverpool did against Tottenham showed why they deserved to win the Champions League, but you have to have the same players to do it," the former Croatia captain told reporters.

The 48-year-old coach continued: "You have to make the best use of what is in your hands. Do not try to reach the speed of 200 km / h on the highway and your maximum speed of 100."

"We have different players. We have to find the right mix, our list is good, and of course, you can improve."

Kovac's words may not appeal to the Bavarian supporters, but he could spoil the club's fall against Liverpool last season.