Nabih: The league is average except Ahli and Zamalek 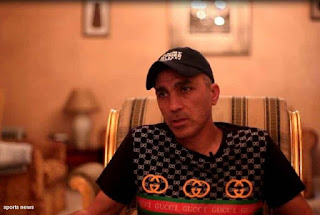 Osama Nabih, former national team coach, said that the current league average performance of all teams so far, except for Al Ahli and Zamalek.

Nabih explained in private statements, that Ahli and Zamalek provide a pleasant ball, pointing out that they are the two most affected by the suspension of the league because of their participation in many tournaments.

He continued: "Al-Ahly is moving at a steady pace with Rene Feiler, while still discussing Zamalek with coach Meicho," he said.

However, "Meizhou plays every game with Zamalek in a different form, and has not yet put his hand on the fixed line-up."

Pyramids lead the league with 11 points from 5 games, followed by Zamalek second with 10 points from 4 games, and Ahli in third place with 9 points from 3 games.

He criticized the former coach for many periods of stoppage for the league: "The league stops very much in vain before the start of the season, and this negatively affects his strength, especially as the duration of the suspension is very large."

It is noteworthy that the league championship stopped after holding some games of the fifth round, and until the end of the African Nations Cup under 23 years.

Egypt will host the African Under-23 Championship from November 8 to 22, qualifying for the 2020 Tokyo Olympics.