Report: Matip suffered a relapse and may miss 6 weeks 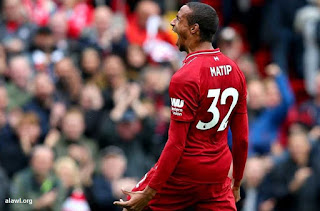 Liverpool defender Joel Matip has suffered a setback in his knee injury, the Evening Standard reported.

The English journalist said that Matip suffered a setback during his rehabilitation from the knee injury suffered against him against Manchester United.

Matip may be out for six weeks because of the injury, the newspaper sources revealed.

The 28-year-old defender, if confirmed for six weeks, will miss at least 10 future games for Liverpool.

Joel will not play the summit against Manchester City, his absence from the derby against Everton and his absence from all the remaining Liverpool games in the Champions League group stage.

Liverpool have yet to announce the length of his absence and the fact that he has suffered a setback.

Matip has made 10 appearances for the Reds this season and scored twice.

Liverpool have 28 points from 10 games, six behind Manchester City.

Liverpool play Arsenal on Wednesday in the League Cup, before hosting Aston Villa in the Premier League.

Liverpool and Manchester City will be on November 10.