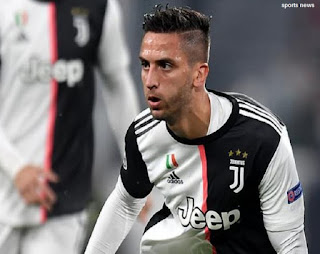 Manchester City and Barcelona may be in the race for Juventus player Rodrigo Bentancourt, according to European reports.
The Daily Mail, citing Italian reports, said City and Barcelona were interested in signing the 22-year-old.
The British newspaper that the lack of participation of Bentancourt with Juventus will be a catalyst to stimulate the conflict between Barcelona and City to attract the player during the coming period.
The 22-year-old has only played seven league games this season (346 minutes), along with three Champions League matches.
Juventus coach Mauricio Sarri has more than one midfield player other than Bentancourt, most notably Miralem Pjanic, Adrian Blaise Matuidi and Sami Khedira.
Bentancourt joined the Bianconeri at the start of the 2017/2018 season from Boca Junior, and the Uruguayan participated in 77 games in the old lady's jersey in various tournaments, scoring two goals and making 4 assists.