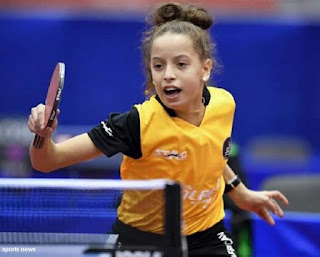 Joudeh finished fourth in the tournament after losing to South Korea's Lee Yeon in a 3-3 play-off match.

To qualify for third place, she lost to South Korea's Lee Yeon, 0-3.

On the other hand, Japanese Akai Kaho won first place and gold medal after beating Romania's Elena Zaria 4-2 in the number of games.

Jouda is the youngest player in the Golden Square, where the Egyptian champion is only 12 years old.

Although she finished fourth at the FIFA U-15 World Championships, the official Facebook page said she won the bronze medal.

The page described the medal she received here as the first individual medal for Egypt and Africa since the start of the tournament in 2002.

It is noteworthy that hana joda participated with the African team during the World Confederations Championship and got with the team to seventh place.