The third offer? .. Man United's visit to Saudi Arabia re-talk about the deal of 3 billion 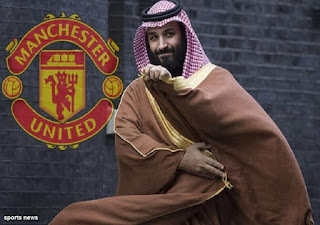 Manchester United manager Richard Arnold has visited Saudi Arabia for the second time recently, in what has been interpreted as a new step towards the purchase of Crown Prince Mohammed bin Salman for the club in a deal worth more than £ 3 billion.

The English newspaper "Sun" that the Saudi crown prince wants to acquire the family of Glazer, which owns 91% of the club's shares in order to have the most crowned team in the English league in its history.

Rumors grew after Richard Arnold flew to Saudi Arabia on his third visit recently, where he held a meeting with Saudi officials and a group of royal family members, at the home of Faisal Abu Saq, a close associate who wanted to buy Man United.

"Thank you for the great welcome we received in Riyadh. We (Manchester United) have more than a billion fans around the world, our games are broadcast through 80% of television stations, and we have 200 million fans and we communicate," said Richard Arnold. With them."

Reports indicate that the Glazer family earlier rejected two offers from Saudi Arabia to buy the club, and it is not clear whether the visit is witnessing a new offer.