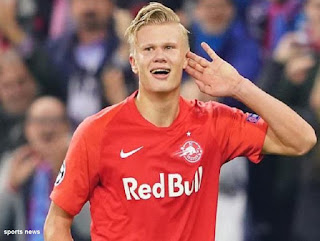 The Juventus are preparing to make a £ 35 million bid for the Norwegian striker, the Daily Mail reported.

Halland, who has scored 22 goals this season, has become a goal for top European clubs after shining in the Champions League and shining his star in the skies of Austria.

According to some reports, the 19-year-old is a target for Manchester United and Real Madrid.

Halland scored 12 goals and made 6 assists in 10 league appearances this season, and scored six more in three Champions League games.