Klopp demands to think about the players and not money 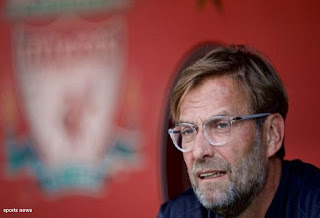 Liverpool manager Juergen Klopp on Friday criticized the "excessive" number of matches that players have to play and urged stakeholders to think about players rather than money.

Klopp's anger comes over the crisis of setting a date for Liverpool in the League Cup quarter-final against Aston Villa to coincide with the participation of the "Reds" in the World Cup in Qatar.

Klopp said no solution had been found so far, and denied he was considering playing the cup match on time with one team and the World Cup.

"We cannot leave players here for the League Cup. We have two games in a busy period and we cannot travel to Qatar with just 11 players."

"The games are many. We are all aware of this. Nobody wants to talk about it, so UEFA decides to hold the Nations League and the players have to play more games."

"People say bigger teams are needed, but this game does not need more players. The idea is that there is an imbalance between the number of players and the breaks they need."

Klopp highlighted that the players have two weeks of rest in a game that requires great physical effort, and called leagues leagues to move and talk about it "thinking about the players and not money."