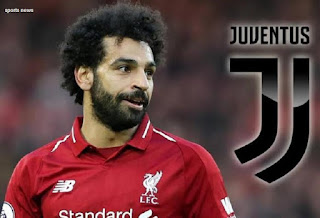 According to the newspaper "Liverpool Eco" which is interested in the news of the Liverpool club, the management of Juventus does not want to buy Salah as it wants to sign Christian Eriksen.

The English newspaper added that the management of Juventus followed the recent game of Liverpool and Tottenham for Christian Eriksen and not to follow Mohamed Salah.

The newspaper pointed out that the Italian champions will not be able to sign Salah or any player from Liverpool in the coming period, unlike Eriksen, whose contract with the "Spurs" will expire next summer.

The Sun newspaper revealed that the management of Juventus is following four players, including Salah, who has a contract with his club until 2023.

Salah, before coming to Liverpool, has already played two Italian stadiums with Fiorentina on loan and then with Roma when he was bought by the Wolves from Chelsea in 2016.

Salah moved to Liverpool in the summer of 2017 to prove since then that he is the most prominent in the ranks of the "Reds" after winning the Premier League's top scorer award in the last two seasons.

It is worth mentioning that Salah won with Liverpool two titles, namely the Champions League in the last version and then crowned the European Super Cup at the expense of Chelsea.