With English eyes .. Has Klopp tried to get out of the Carabao Cup? How is the Liverpool crisis resolved? 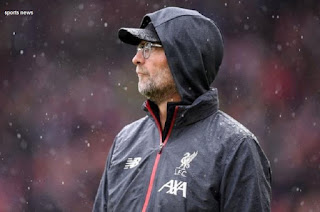 Liverpool have been in crisis in recent days because of the many games they will play in December, with various commitments.

Juergen Klopp came out to talk about it after qualifying in the Carabao Cup at the expense of Arsenal, and then did not stop it and devoted five minutes from his conference to meet Aston Villa to go into the same thing.

Klopp discussed the policy of the three English leagues, the League, the FA Cup and the Carabao Cup, explaining that the FA, UEFA and FIFA should discuss the matter in order to find a solution in the absence of a large number of players to get enough rest.

In order to look at the Liverpool crisis, we need to know the schedule of the team's games in the busy phase of the season in December, which consists of playing games against Everton, Bournemouth on 4 and 7 December, then the player against Salzburg in the Champions League on 10, and return to the league against Watford 14, and then the Club World Cup in Qatar 18.

Klopp's crisis was that he was afraid to put Aston Villa in the Carabao Cup quarter-final between December 14 and 18, given that the English football list allows the team to play two games with a time interval of up to 36 hours.

Klopp has threatened not to play the game against Aston Villa if it is placed during the month of December, which will see the team play seven games, including two games in the Club World Cup in Qatar, which made the management of the tournament postponed indefinitely.

Ian Doyle, a Liverpool journalist who has followed Liverpool for 20 years, denied that Klopp had used substitutes to get out of the Carbao Cup: "This is impossible. Klopp did not try to push his team to a loss."

"This is a kind of tournament that aims to rely on young people, and those who do not participate can get a few minutes to appear and show himself in front of the coach, and the more games they play the more they benefit."

"If Klopp wants to go out, and that is not possible, the youngsters and substitutes will not have the desire to go out because they are looking for a greater chance of playing."

"It is possible that the team will play in January, the closest opportunity for Liverpool."

Although Liverpool will be out of a busy month in December, they will have to settle for Aston Villa ahead of the January 7 semi-finals.

As for the problem of the December congestion, he said: "Klopp has to deal with the situation simply, it must rotate the players in particular if the situation is good in the Champions League and the qualification was resolved before the face of Salzburg, and also can be rested some players in the Club World Cup semi-finals. "